Big cheers on Project 1 the day after the 24 Hours of Le Mans: subsequent triumph in the 24h classic and in the World Cup.

Historic success in the 25-year team history of Project 1: With the subsequently awarded victory at the legendary 24-hour race at Le Mans, the team from Lohne secured the title in the LMGTE-Am class in their first FIA WEC season. Thanks to two wins in the season and a total of four podium finishes, a dream came true for the Porsche team with drivers Jörg Bergmeister, Patrick Lindsey and Egidio Perfetti in northwestern France.

"I do not have the words to start in the FIA ​​WEC and attend the 24 Hours of Le Mans, that was our big goal, which we achieved and also won the title in our debut season. explained team manager Axel Funke with joy. "The whole team did a great job over the season and made this triumph possible thanks to their fighting spirit, hard work and consistency."

Bergmeister, Lindsey and Perfetti also proved these qualities at the finals of the so-called super season. From sixth place, the trio in the Porsche 911 RSR, who was in the Art Design for the season highlight in Le Mans, worked their way up hour after hour with an error-free race. Although some safety car phases made it hard to catch up at times, Perfetti was already in the top three thanks to its strong performance at midnight.

From a tight duel the Norwegian finally emerged victorious and grabbed in the early morning hours, the second position. These defended Lindsey and Bergmeister until the end. The Porsche factory driver confidently finished the fourth podium of the season and praised the competition with extreme fairness: "They definitely deserved to win, but we are still happy, after all we have won the championship!"

But it should be different and even better: At the mandatory technical follow-up of the top vehicles turned out that the supposedly victorious Ford did not comply with the regulations!

The regulations of the GTE-Am category specify a minimum tank time of 45 seconds. In fact, the average time spent in the winning Ford GT of Jeroen Bleekemolen, Felipe Frage and Ben Keating was only 44.4 seconds. As a result, the FIA ​​stewards multiplied the difference (0.6 seconds) with the 23 pit stops of the Ford team and the factor four. The result was a time penalty of 55.2 seconds.

In addition, because the tank capacity was too large by 0.1 liters (96.1 instead of 96.0), the Keating team (# 85) was completely out of the rating. Team boss Keating took full responsibility for the disaster, which also affected fourth-placed brand colleagues Sébastien Bourdais, Joe Hand and Dirk Müller in the LMGTE Pro class. Also in this case, the tank volume of the Ford GT (# 68) did not comply with the rules. In addition to the team Keating also renounced the Ford Chip Ganassi Team USA on a possible objection to the decisions of the FIA ​​Stewards.

"It's as if Easter and Christmas fall to one day," said Project-1 CEO Hand-Bernd Kamps, as Motorsport-Magazin.com confronted him with the completely surprising decision. "I gave my boys the immediate release for a special budget for food and drink, if not allowed, then when."

For Project 1 authorized signatory Jörg Michaels, who celebrated his 55th birthday last Saturday at the racetrack, the "unexpected" success message was a very nice present afterward, "which we only learned about at night".

After all, one was not responsible for the regulations, but had focused fully on their own job, said Kamps. "We would have been very happy with second place, because he has given us the world title." In addition, Kamps, who has earned a good reputation as a fair sportsman, declared "glee is inappropriate in this case". Rather, one would now be happy about the double PR. "That's the nicest thing about it."

Thanks to 38 other championship points Project 1 secured the # 56 Porsche and a total of 151 points in the LMGTE-Am class of the FIA ​​World Endurance Championship (WEC). A milestone in the history of the team - around 13 months after the premiere in Spa-Francorchamps.

"When we first started in Belgium last year in the FIA ​​WEC, our goal was to win the title," said Kamps. "Achieving this goal in our first year makes the triumph all the richer, and thanks to the entire team, our partners and sponsors, without whom we would never have made it."

For Project 1, the current season is still l

The way to Le Mans triumph and world title

February 2018: The ACO announces the starter list for the FIA ​​WEC Super Season. For the first time, the Team Project 1 with the Porsche # 56.

May 2018: After months of preparation, the adventure begins with the start in Spa-Francorchamps. Despite initial difficulties, Jörg Bergmeister, Patrick Lindsey and Egidio Perfetti see the checkered flag.

June 2018: With the first participation in the 24 Hours of Le Mans, the racing team from Lohne, in its 25th year since its founding, has made a dream come true.

August 2018: For the first time, Project 1 is on the podium at a World Championship run. In the British Silverstone, the trio takes third after strong performance.

October 2018: The first podium is followed by the first victory. In Fuji (Japan) secured Bergmeister and Co. the debut victory in the FIA ​​WEC.

November 2019: With second place in Shanghai, Project 1 achieves not only the third podium finish in a row, but also the championship lead in the LMGTE-Am class.

March 2019: Another victory - not on the racetrack, but against the clock. In the pre-test for the race in Sebring, the RSR burns down. The Project 1 team makes the impossible possible and brings a new vehicle to the US within days. The effort is rewarded with third place.

May 2019: 5th place in Spa and thus more important points. For the final in Le Mans the team travels with 23 points ahead.

June 16, 2019: After 24 hours, Jörg Bergmeister crosses the finishing line in second place at 15:00. The Porsche works driver makes the sensation perfect: Project 1 immediately wins the world champion title in the FIA ​​WEC (LMGTE-Am category). Late in the night and after a disqualification of the supposedly victorious Ford, the team from the district of Vechta is subsequently the class winner of the 87th edition of the famous 24-hour race at Le Mans. This is the biggest success in the 25-year company history. 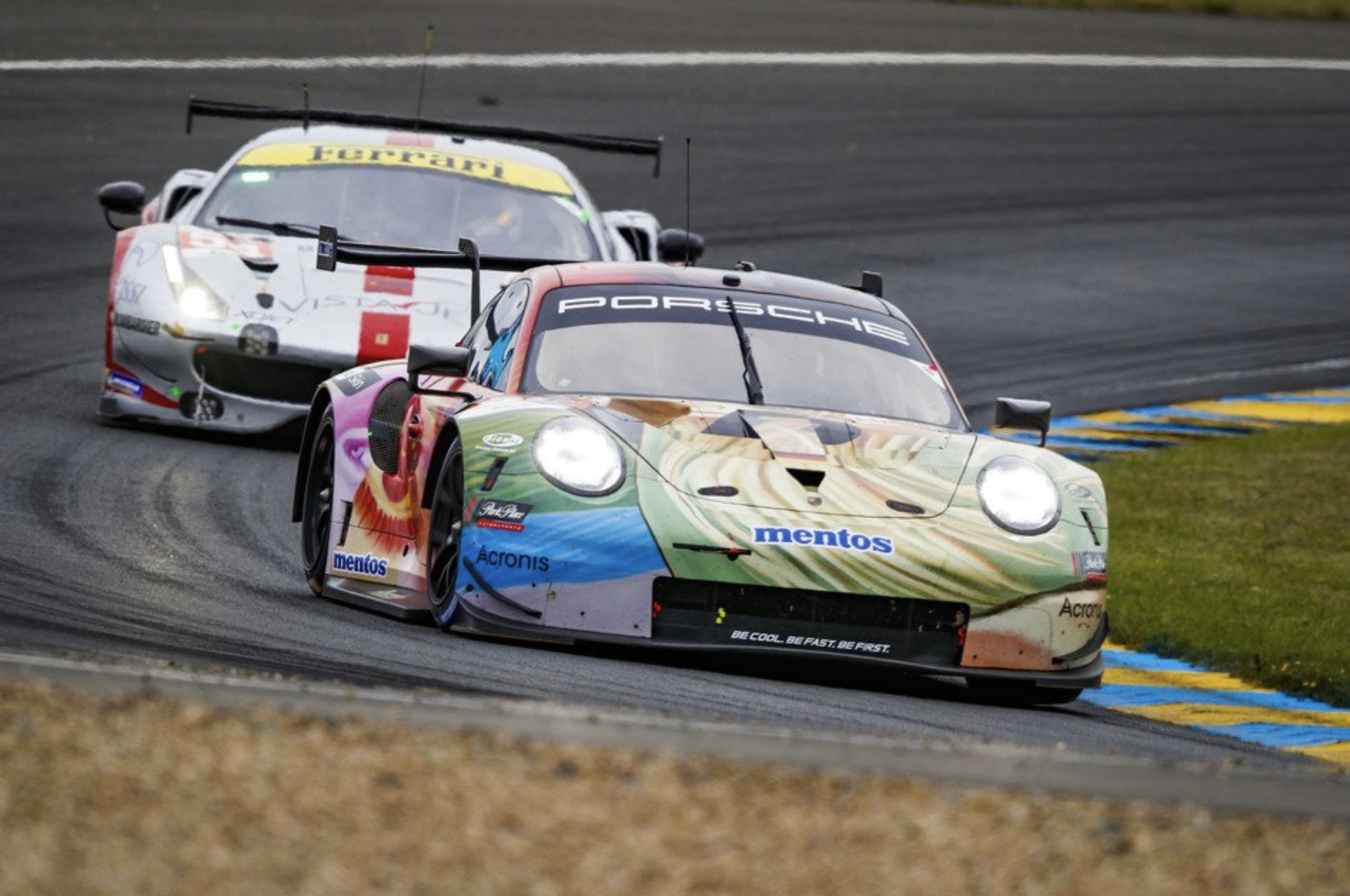 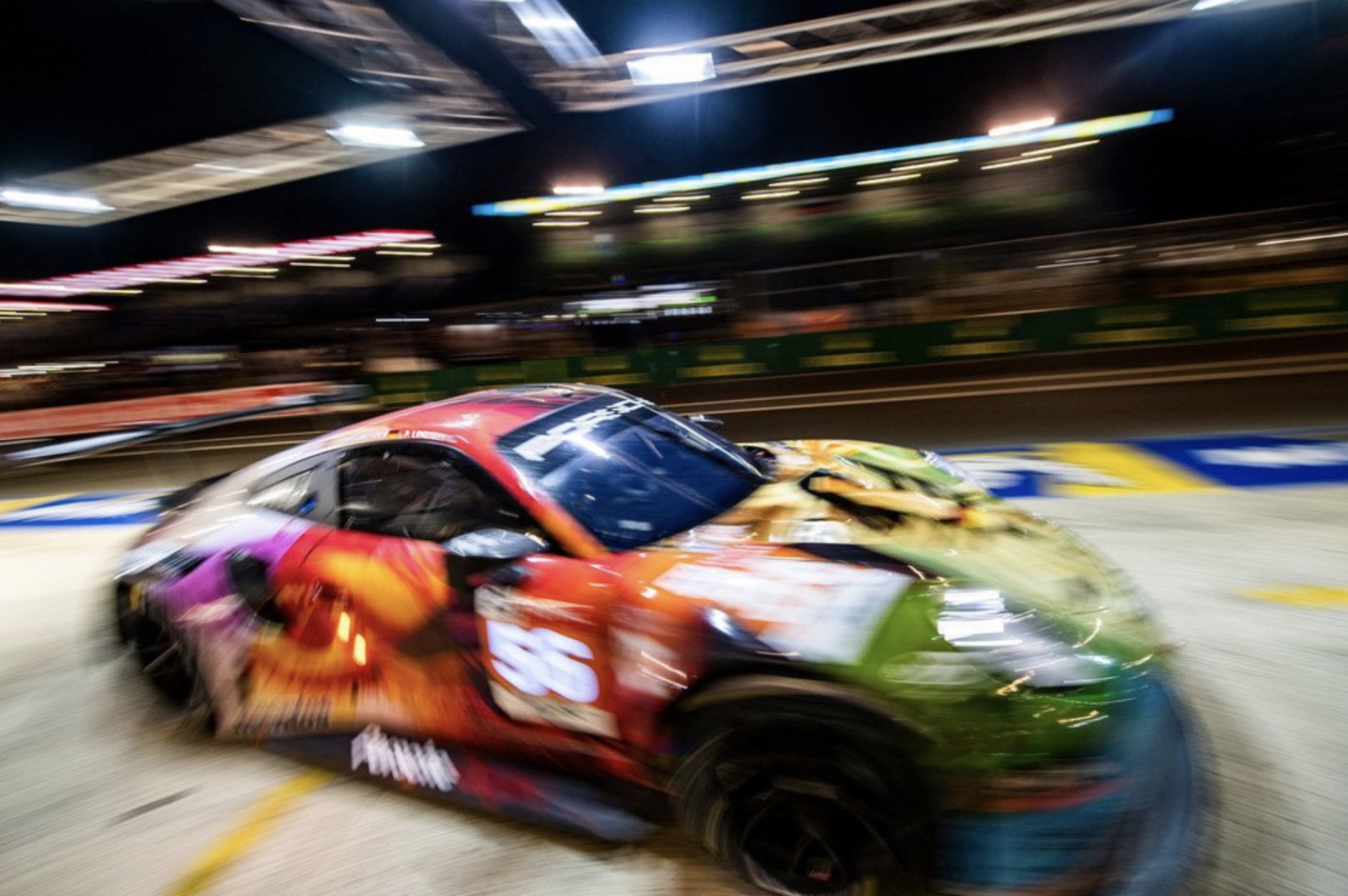 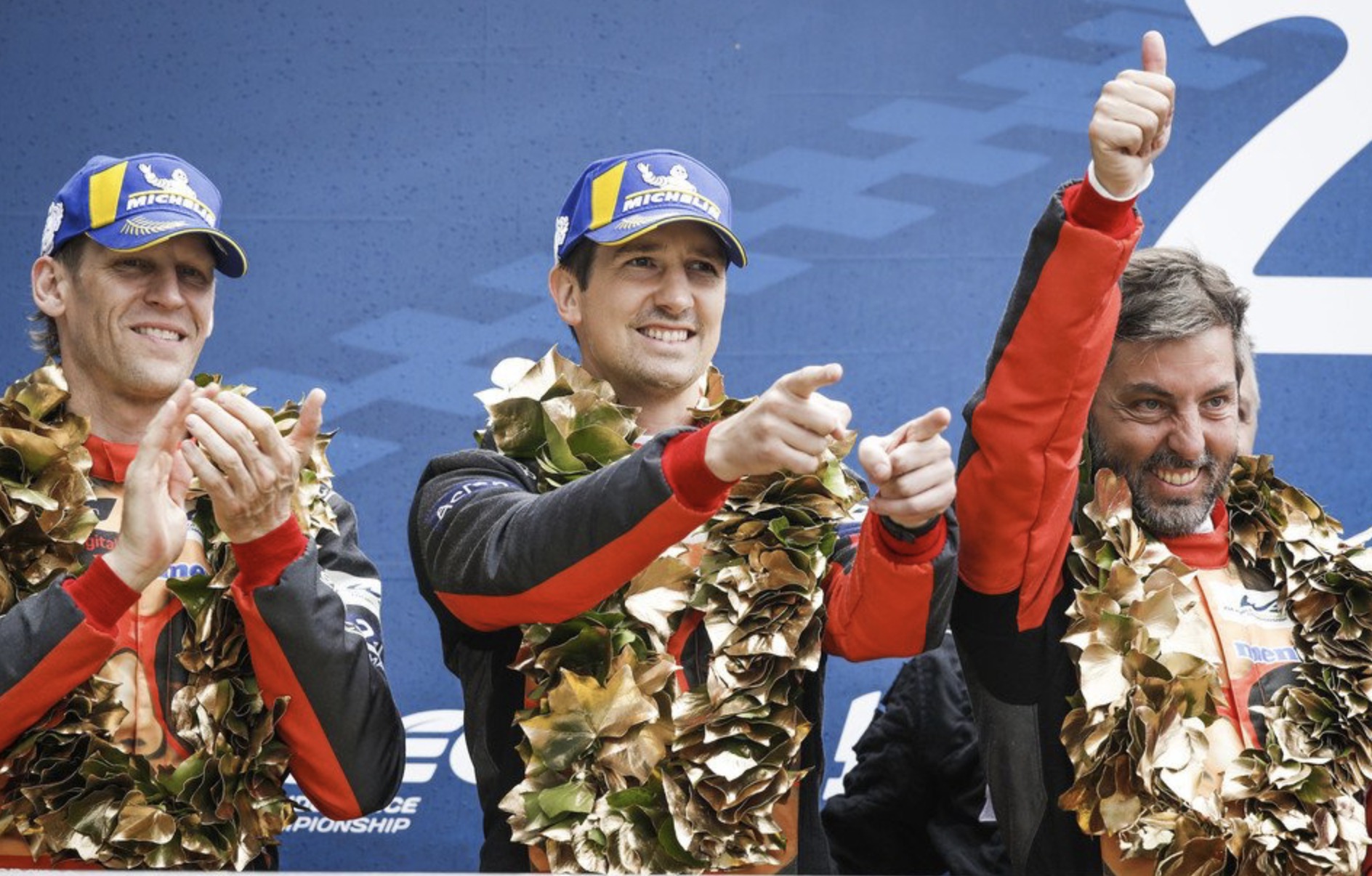 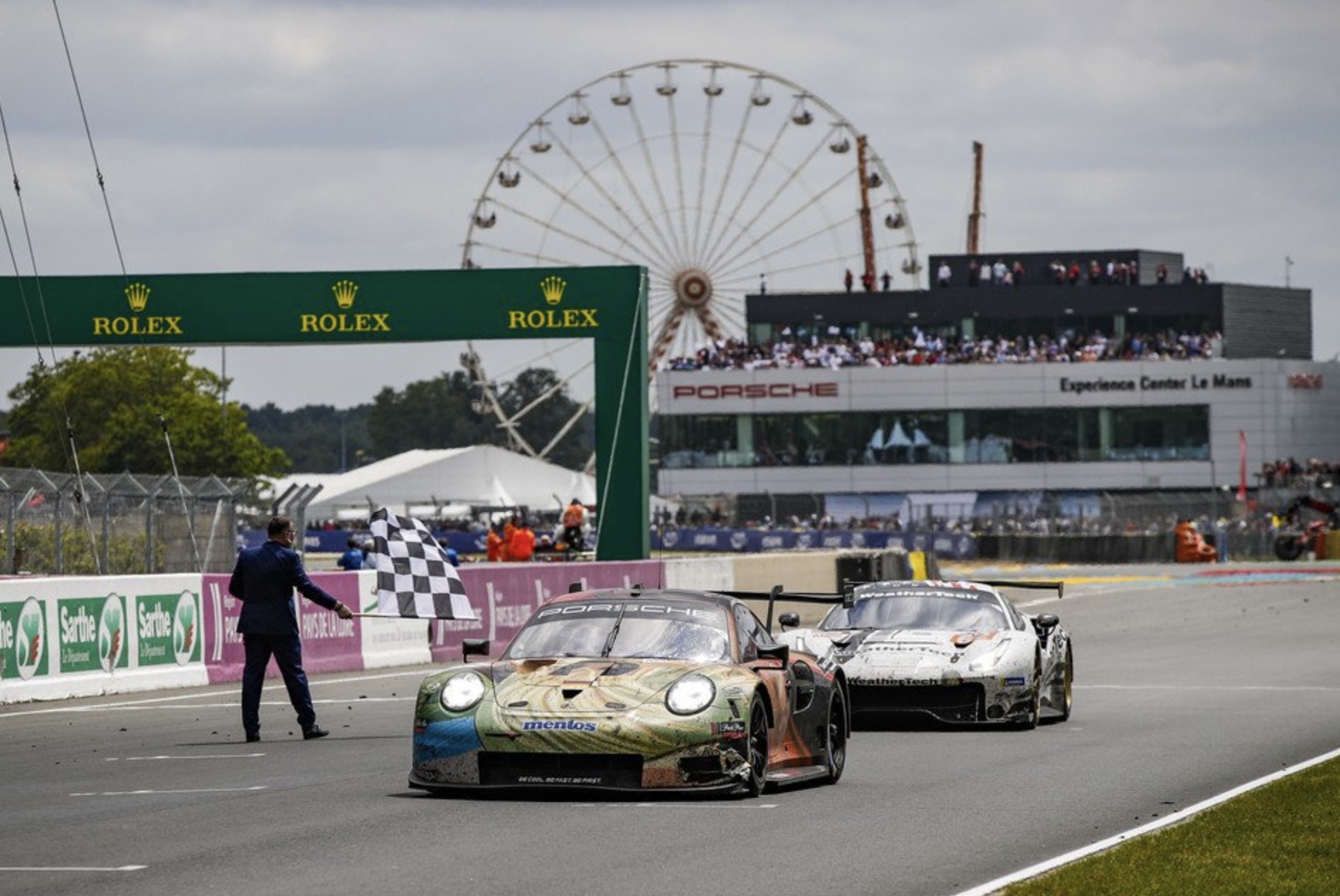