For many years, Albert Motorsport has been overhauling Porsche Wasserboxer engines with a perfect repair method.

Emergency repairs or cheap compromises we completely reject,
because it does not help anyone in the long run.

Therefore, we do not perform the following repair methods:

Why not you ask?

Several times a year we receive repair results from others
Motors - specialists to us in the operation. For renewed repair.

Here on the picture an example of a used steel cylinder: 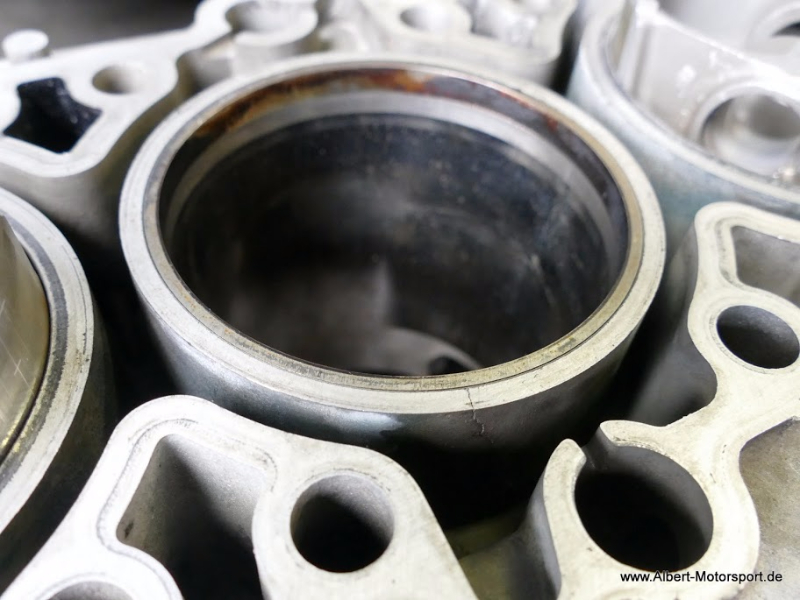 And here is the result of a defective Nikasil coating: 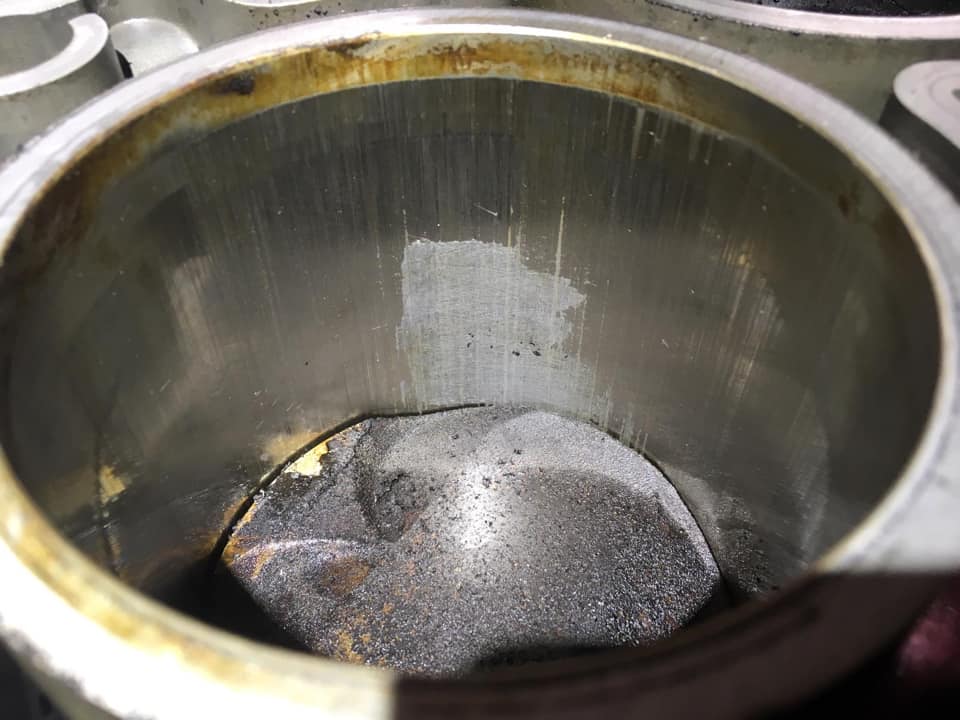 What happens to such repaired engines?!? 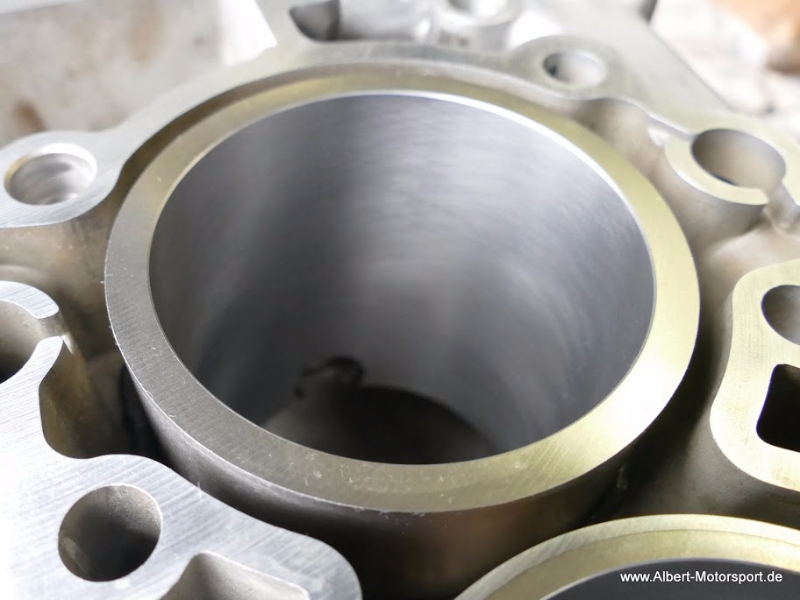 An engine block, in which we compare both variants for your info have
installed: 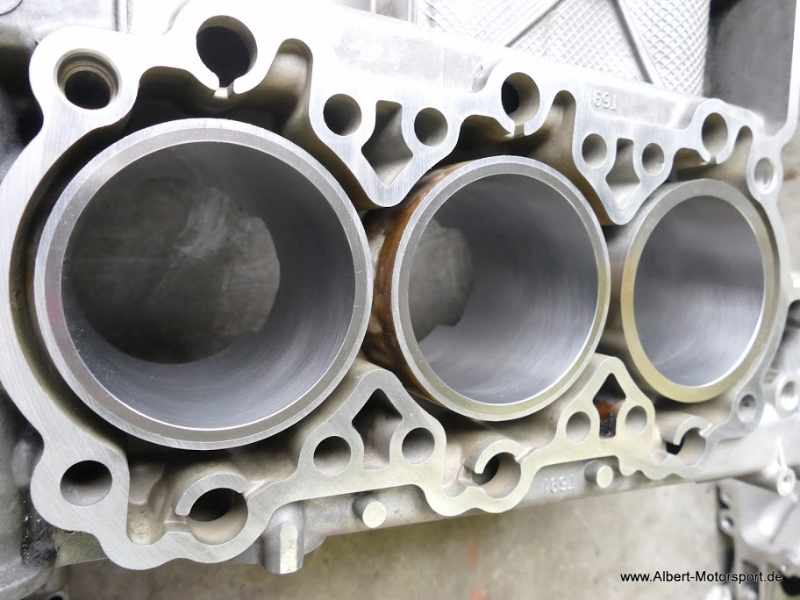 The advantages of our procedure:

Why spin centrifugal you will ask yourself - is not that too expensive?
Yes, centrifugal casting is a process for producing rotationally symmetric components.

During casting, liquid metal (melt) is filled into a casting mold rotating about its central axis.
Due to friction-induced shear forces, the melt is also set in rotation, and by the
Centrifugal force outside of the mold wall (the cylinder shape) pressed.

The rotational speed of the rotating mold is chosen so that high centrifugal forces act under
which the melt solidifies. Compared with the static casting process arises in this way
a structure with much fewer pores, and a higher degree of purity. This leads to clear
higher strength. The outer contour of the component is defined by the internal geometry of the mold.

In spheroidal graphite melting material, carbon is embedded, with a percentage above
produced by 2% emergency running properties and has only small dimensions. The exact same
Incidentally, material is also used for the known valve seat rings, which have been used for many decades
be installed in the aluminum cylinder heads of our Porsche.

I abbreviate the explanation, because that leads way too far ......

From this material now a complete thick, solid cylinder is made. He gets in on
Turned measure, and get below the area surrounded by the water a covenant, to rest in the
Porsche engine housings to be milled out.

Milled motor housing means that the dam .. eidenen series cylinder of the Porsche engines
now be removed to the connecting flange. The engine block gets a fit below,
and the cylinders are fixed there with an ultra-tough, highly heat-resistant epoxy adhesive.

This is how our solid graphite coated pistons look like: 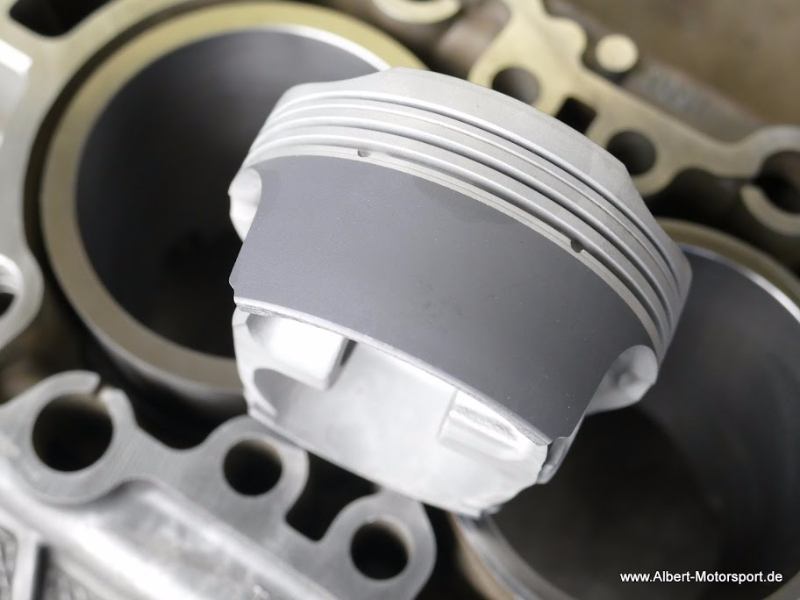 Even so destroyed engines can still be repaired solid. If Seeing the break
below the cylinders, then you see the pedestal, which we turn to the seat
in the block freely, and on which the new one Cylinder sits. 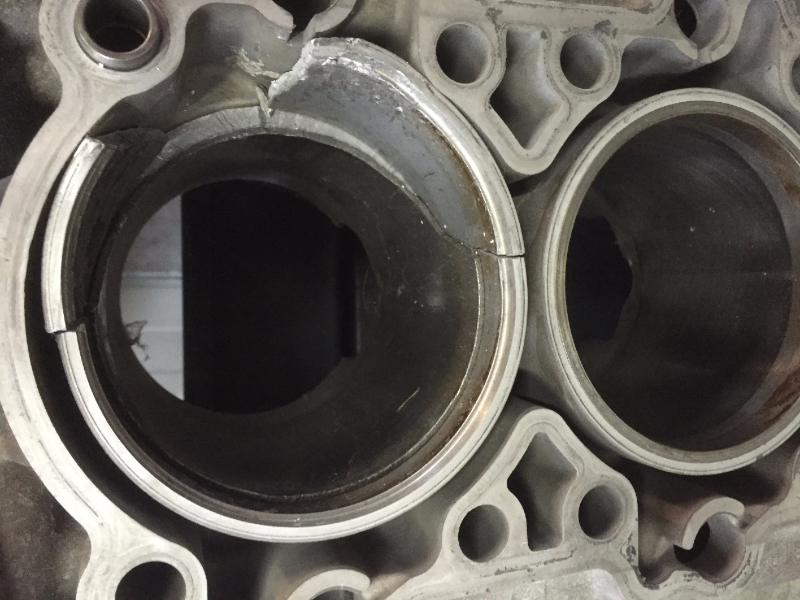 ... you can also see the break perfectly
The aluminum - silicon socket encased in aluminum.

There were made pictures under the scanning electron microscope with 1 million
magnification for us in which a comparison of aluminum cylinders with coating,
and our GGG40 Nodular graphite - centrifugal cast cylinders. 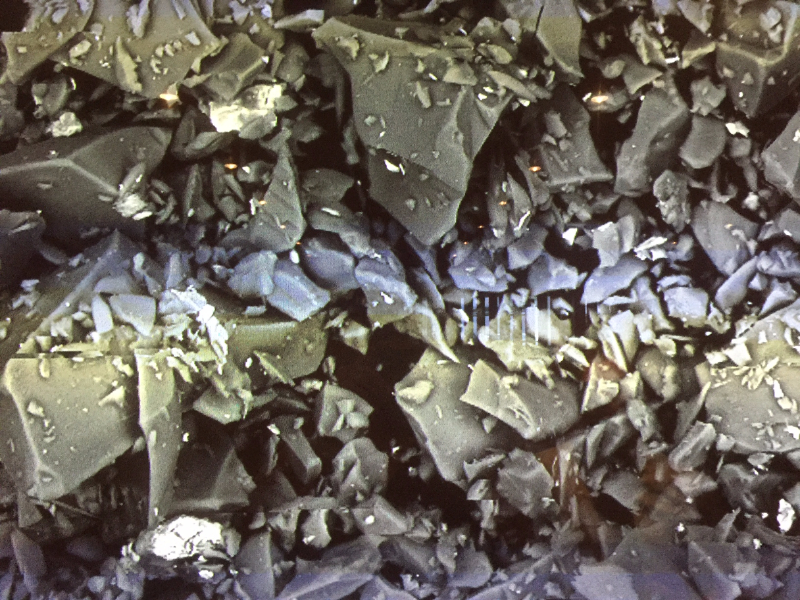 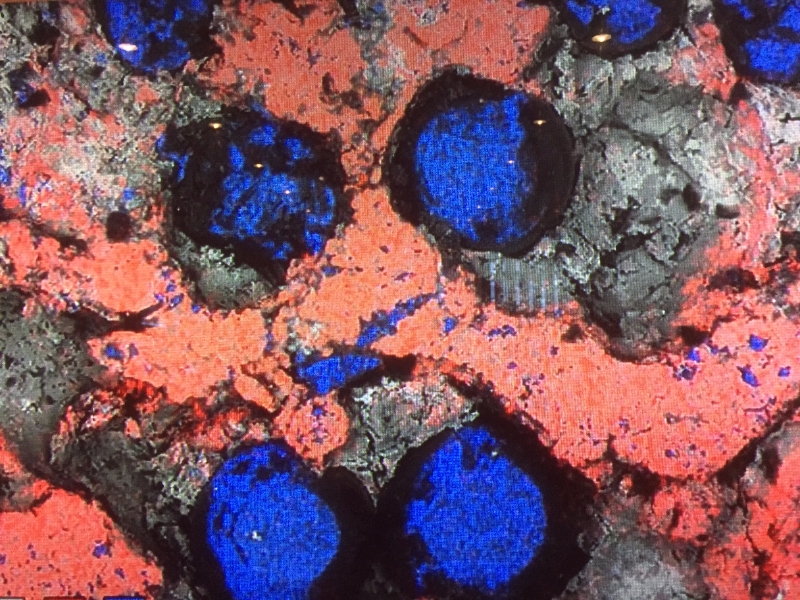 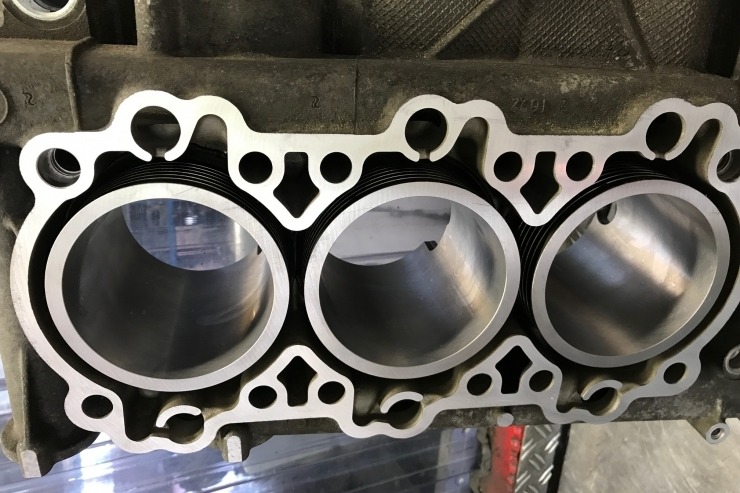 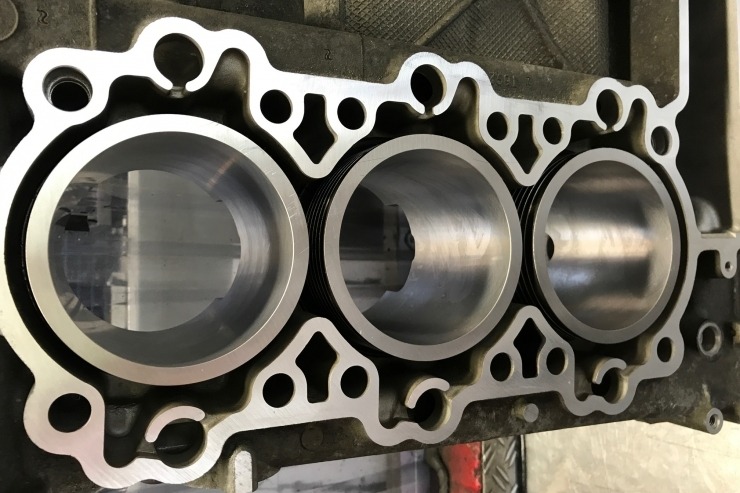 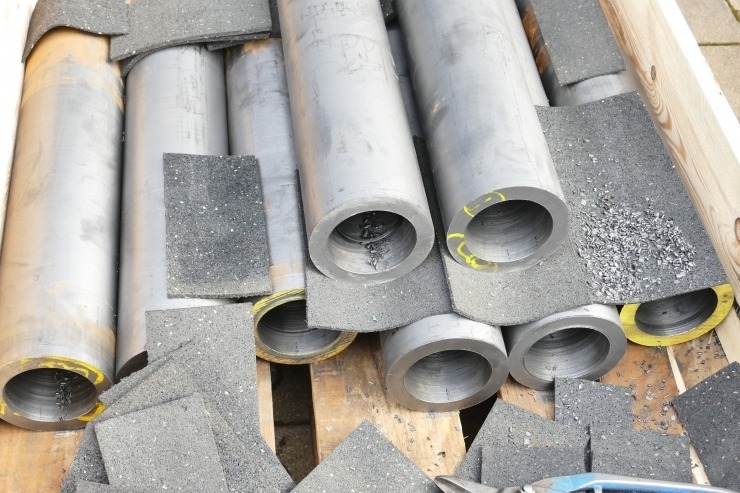 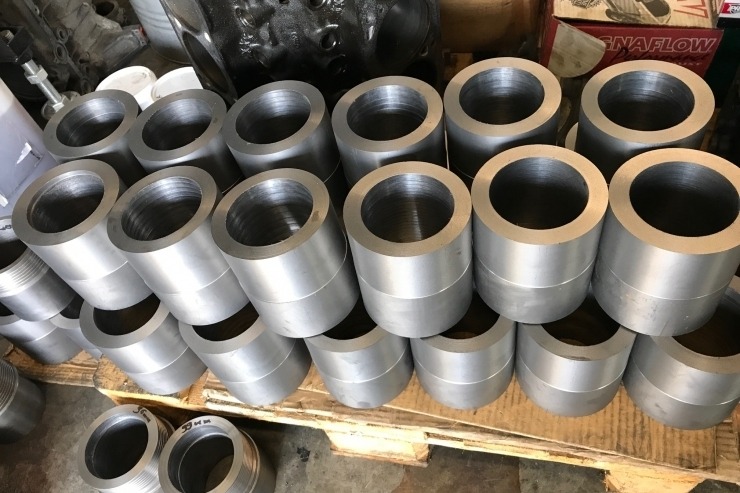 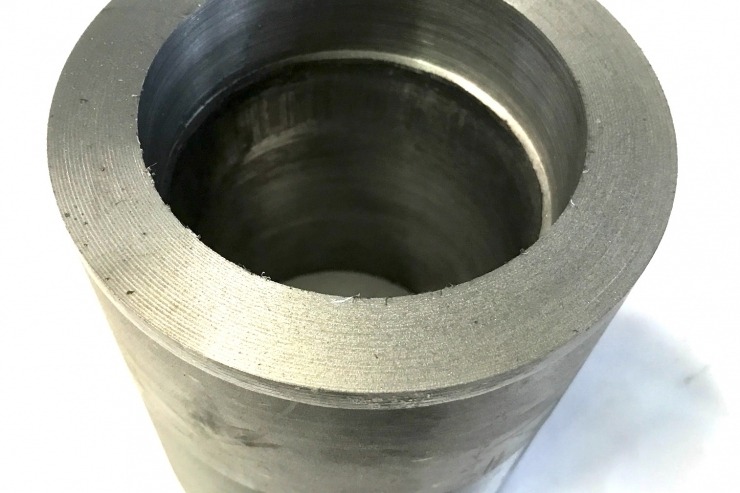 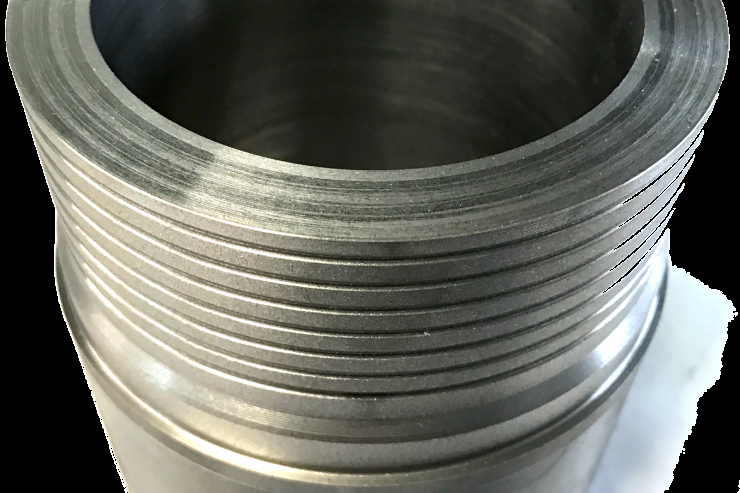 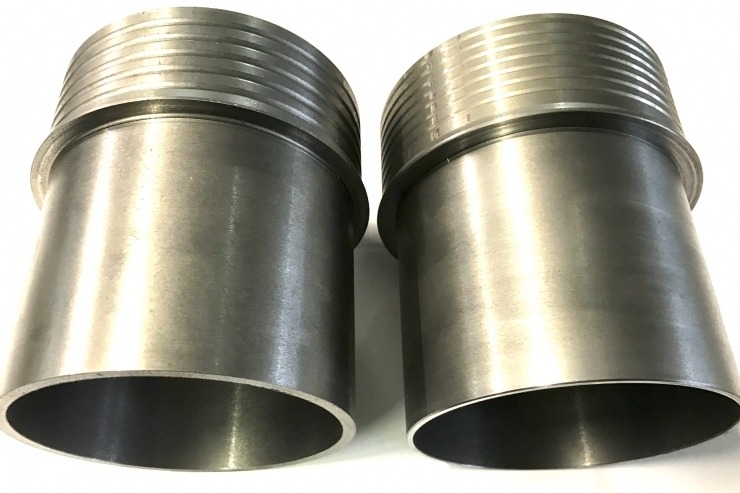 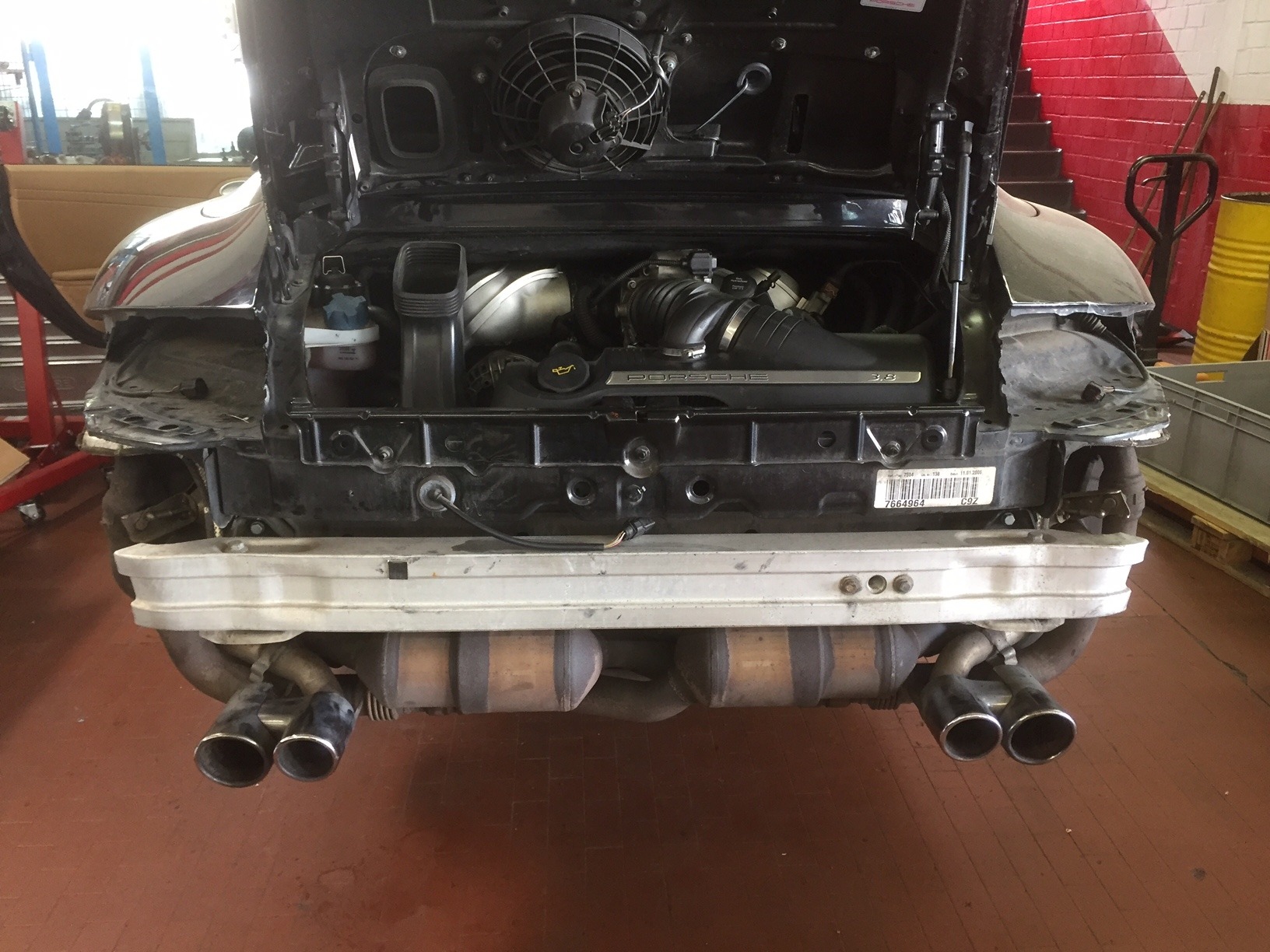 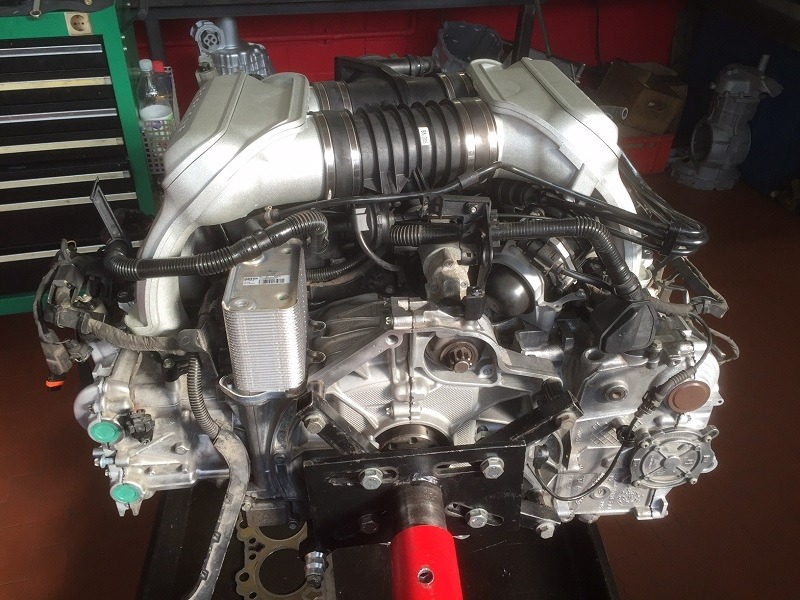 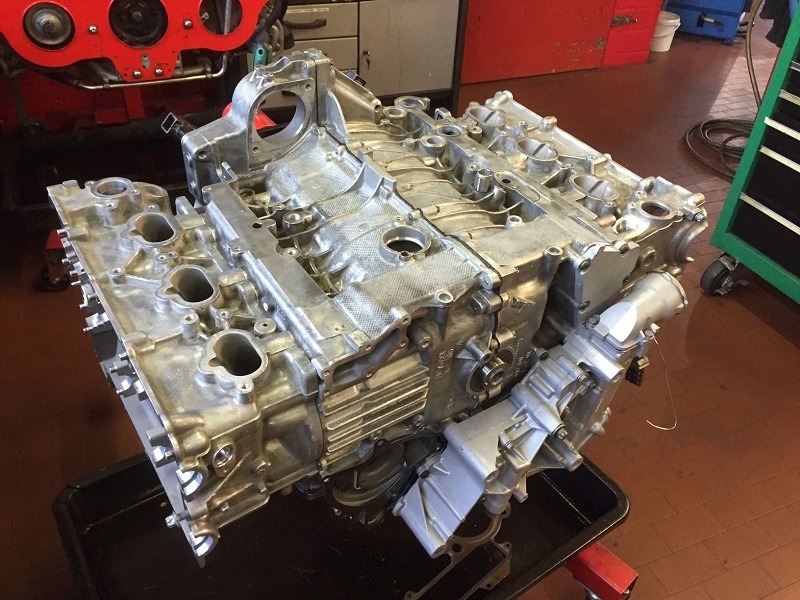 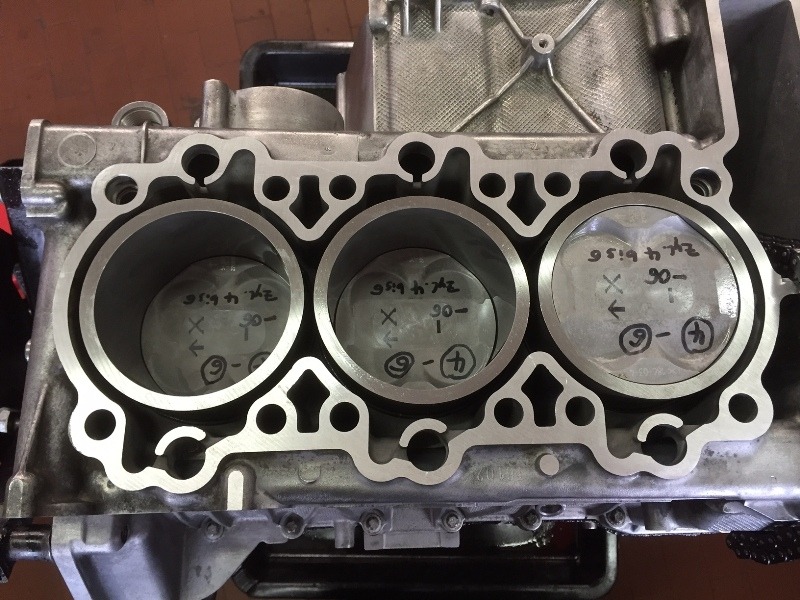